After almost being killed by one of his own, a billionaire convenes his family to discuss their inheritance, only to die in the meeting. In the aftermath, the family squabbles over who should take the fall, and who should inherit the dead man’s fortune.
IMDB

Fabio Golombek as the president of FJ Productions, develops and coordinates a number of films and programs such as The Hollywood News Report TV (HBO and syndication), Hollywood News in 3D (Sky and Orange), As Ultimas de Hollywood (SONY Entertainment), Hollywood Buzz (TNT) and Hollywood Uncut. Since 2010, he has produced 8 films including: Bed and Breakfast, a feature film starring Dean Cain and Juliana Paes, Man Camp (Mariel Hemingway, Dean Cain & F.Machado) and co-produced Open Road. In 2013 he produced the award winning Like Sunday, Like Rain (written and directed by Frank Whaley) with Leighton Meester, Debra Messing and Billie Joe Armstrong. In 2014 he produced EXPERIMENTER, directed by M.Almereyda with Peter Sarsgaard and Winona Ryder, selected to premiere at the 2015 Sundance Film. He is also the executive producer of the award winning show Planeta Brasil (TV Globo International), and producer of shows such as Shape Up (Fox), Shop the World, Martial Arts 360 and Zen Zone. Fabio is a member of the Producers Guild of America PGA, IDA and NALIP.
IMDB: Click here

A highly creative and performance-driven operations professional with extensive media industry management, operational and technical broadcast experience within the entertainment industry. As a Senior Vice President, Business Operations and Post Production, Julio led operating expense budget in excess of $30,000,000 and for operations team of 150 employees. Worked closely with network engineering and operations group. Supported Fox US Network, Mundofox and three FX cable channels. Oversaw coordination of business initiatives and technology projects between U.S. and Fox International Channels. Julio Sobral was responsible for the broadcasting and technical operations for all of the cable and satellite television channels owned by the Fox International Channels in Europe and Africa. He was directly responsible for than 100 cable channels launches in more than 30 European and African countries using traditional broadcasting and new technologies.
IMDB: Click here 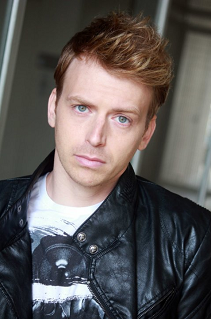 Leonardo is an Italian Filmmaker, Actor and Entrepreneur. Leonardo’s work had been recognized internationally during events such as: The Cannes Film Festival, The Sarasota Film Festival, The Palm Beach Film Festival and Vegas CineFest. Leo’s Pilot Presentation “EXTRAVAGANZA” was selected as a runner up and featured during the ProShow at the Produced By Conference at 20th Century Fox Studios. Leo is the co-creator of 7-WAVES ENTERTAINMENT, the new frontier of entertainment, launching film, musical and theatre events to promote the arts and support a various spectrum of charities.
IMDB: Click here

Ed Asner (Charles Bouitton) is a television legend, the winner of seven acting Emmy Awards (which puts him tied with Mary Tyler Moore, both of whom rank second to their "Mary Tyler Moore (1970) Show" co-star, Cloris Leachman who has nine). In all, he has been nominated 20 times for an Emmy Award, with 17 nods for a Primetime Emmy and three for a Daytime award.

Sean Young (Linda Bouitton) began her film career by acting in “Jane Austen in Manhattan”. She continued to star in numerous films including “Stripes”, “Young Doctors in Love”, “Dune”, “Blade Runner”, “No Way Out” and “Ace Ventura: Pet Detective”.

Brendan Bradley trained at The Royal Academy of Dramatic Arts in London and NYU's Tisch School before beginning a career developing dozens of original plays and musicals Off-Broadway. Currently, Brendan is known as the national spokesperson for Staples and multiple television guest appearances ranging from CBS's Elementary to Disney's Wizards of Waverley Place.

Brooks Almy. Film, TV and Broadway actress known for “Anastasia”, “The Thirteenth Floor” and “Life” among many others.

Candice Azzara. Film, TV and Broadway actress known for “Catch Me If You Can”, “In Her Shoes” and “Ocean’s Twelve”

Jill-Michele Meleán made a name for herself in the Comedy Television world with memorable performances on FOX’s “MadTV” and Comedy Central's "Reno 911".

Chris Ashworth is best known for his work as the character of Sergei Malatov, aka 'The Russian' on HBO's critically acclaimed television program "The Wire“.

Alison England. Film, TV, Broadway and Opera performer known for her roles in “The Gestapo vs. Granny”, “Smothered by mothers” and the hit TV show “Dharma & Greg”.

Jeff Doucette. Renowned television and film actor. Doucette has appeared in over 92 films and television series including "Splash", "All The Way", Desperate Housewives”,“Splash”, & “Doctor Dolittle”.

Adam Korson is a Canadian actor, best known for his lead role as Harry in the Canadian sitcom “ Seed”. In his early years in Toronto, Adam starred as the Chairman in “The Mystery of Edwin Drood”. Other credits include “Hot in Cleveland” & Imposters”.

In 2015 Andre Gordon and the cast of Jungle Bunch won the International Emmy Award for best Kids Animation Show. Andre’s Film & TV credits include: “Cross” “The Wedding Day” “MAD TV”, “Scrubs”, “Phineas and Ferd” and many others.

Natalie Britton is an actress and producer, known for her roles in “Fuller House”, “Doubt”and “NCIS: Los Angeles”.

Casey Kramer is known for her work on “Transparent”, “Mississippi Requiem”, “On the Revolutions of Heavenly Spheres” and “Behind the Candelabra”.